For several years, service handlers have been sharing challenges they have faced accessing the nation’s zoos. In 2013, while president of the National Association of Guide Dog Users, Marion Gwizdala created a special task force to investigate service animal policies among the nation’s zoos. This survey found policies that ranged from extremely restrictive to very permissive. Those with restrictive policies asserted it was based upon concerns for the health and safety of both the animals on exhibit and of the service dog. We questioned the veracity of these assertions, wondering why it was unsafe for one facility and not for others.

Upon completing our survey, Marion Gwizdala contacted the Association of Zoos and Aquariums (AZA), the largest accrediting body in the industry and began a dialogue with Steve Olson, AZA’s Senior Vice President of Governmental Affairs. Steve was very cooperative and concerned about the discrepancy and took a keen interest in our issue. Steve truly wanted to make an impact on this issue so that everyone would be able to benefit from the educational opportunities AZA members provide. Marion invited Steve to the 2013 annual meeting of the National Association of Guide Dog Users at the convention of the National Federation of the Blind. Steve listened to our concerns and experiences, vowing to help us solve the problem.

True to his word, Steve left the convention and contacted ZooTampa at Lowry Park (formerly Lowry Park Zoo) in Tampa, Florida, one of their member organizations and set up a meeting between their management staff and Marion Gwizdala, who lives in Tampa. During this meeting, ZooTampa examined their policies concerning service animals and listened to suggestions about how their policies could be better. Over the next several months, ZooTampa conducted several visits between local members of the National Federation of the Blind and puppy raisers from Guide Dog Foundation’s Suncoast Puppy Raisers designed to systematically desensitize the zoo animals to the presence of dogs. At the beginning of the process, the zoo had twelve restricted areas, one of which was the giraffe feeding station. Now ZooTampa has no areas from which service animals are excluded. 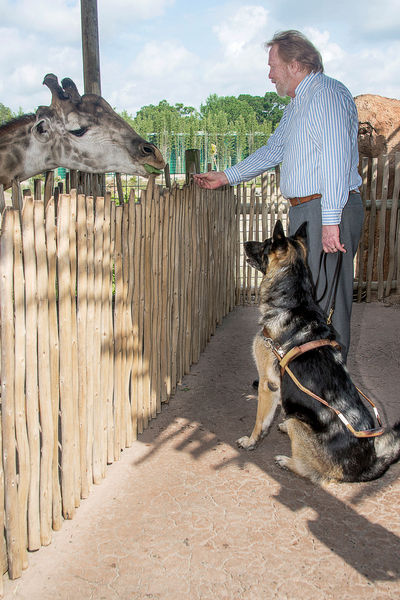 As a means to share their experience with other AZA members and encourage them to implement the same sort of desensitization practices in their facilities, ZooTampa at Lowry Park created a video (see below) about the success of their program and its benefits for both the animal collection and those who use service animals. Since the creation of this video, Advocates for Service Animal Partners has taken a lead role on this program with our vice president, Merry Schoch, coordinating Freedom Guide Dogs puppy-raisers and handlers to assist in the desensitization.

Thank you to Dr. Larry Killmar, Senior Vice President of Animal Science and Conservation for ZooTampa at Lowry Park, and The McCune Family Foundation for their generous financial support of this program. 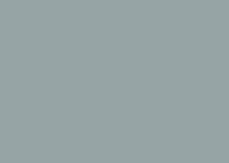 Advocates for Service Animal Partners provides this material for informational purposes only. Material contained here is not legal advice. If you need legal advice, please contact an attorney licensed to practice law in your state.